Skip to content
Menstruation
February 14, 2018 admin everything you neet to know, Ovarian pain, when the ovary hurts

Ovarian pain: when the ovary hurts. Everything you need to know

Do you have ovarian pain ?. Knows its symptoms and causes, what it is and why it appears in menstruation, ovulation and what diseases can also cause it. Everything you need to know if you are worried about your ovarian pain.

Although it may be very common to coin the term ovarian pain as such, the reality is that, originally, ovarian pain does not really exist mainly because of a basic issue: they are organs that have no sensitivity. That is, the ovaries do not cause pain. 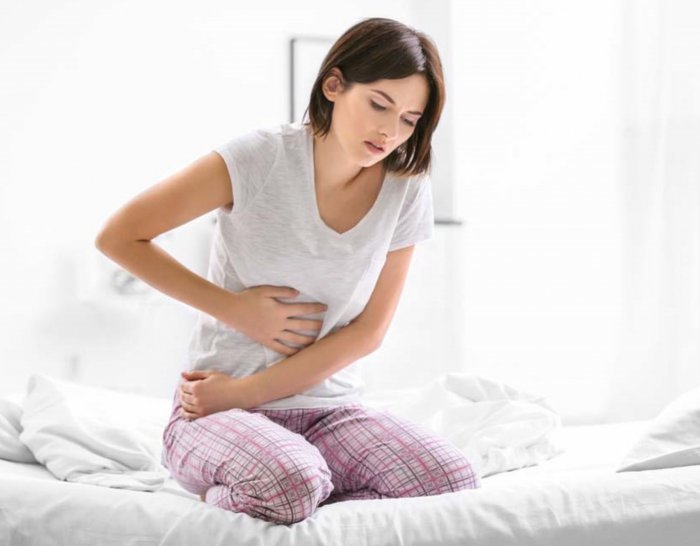 However, obviously, that does not mean that other complications that are related to the woman’s reproductive system can cause that pain.

In this sense, as indicated by many specialists, ovarian pain can be caused by different conditions, diseases, and disorders, ranging from cysts to tumors, to other more common issues such as menstruation or dysmenorrhea.

Symptoms of ovarian pain
Ovarian pain is usually identified as such because it tends to hurt the lower region of the abdomen (just below the navel region) and the pelvis.

This pain can be temporary, acute or chronic depending on its cause, although it is usually that if it is temporary or acute, it tends to disappear in a short space of time.

With regard to chronic pain, it can appear gradually and much more slowly, lasting from weeks to several months.

Causes of ovarian pain
As we explained before, ovarian pain does not exist as such, so it is necessary – and essential – to go quickly to a gynecologist, general practitioner or obstetrician to help us identify what is the cause.

Menstruation or rule
There is no doubt that the pain caused by menstruation tends to be one of the discomforts commonly seen in gynecology, when in fact it becomes the most common pain.

But why does the pain arise with each menstruation, each time the monthly rule arrives? The cause must be found in prostaglandins, which consist of a set of substances that cause contractions of the muscles of the uterus.

Although feeling some pain and discomfort during the period is something completely normal (especially slight cramps or having the sensation of dull pain), when menstruation is so painful that it needs or requires medical treatment, it is known as dysmenorrhea.

Dysmenorrhea (very painful menstruation)
Another common cause of ovarian pain is dysmenorrhea. Or, which is the same, the appearance of excessive or very strong pain during menstruation or menstruation.

That is, it is a painful menstruation which is estimated to affect about half of women at some point in their lives. It is a type of pain that affects the quality of life of the woman, preventing her from carrying out normal day-to-day activity.

Therefore, it is an ovarian pain that requires medical treatment, a treatment that must be personalized.

Dysmenorrhea usually arises towards the end of adolescence, with a more pronounced peak at 20 years of age, tending to diminish until disappearing little by little over the years. However, when the dysmenorrhea appears after the third decade of life (towards the age of 30), the cause is always organic, with a primary underlying pathology that is causing it.

Adnexitis
Adnexitis is the term that is also medically known as a pelvic inflammatory disease (PID), a condition that involves inflammation of both the ovaries and the fallopian tubes, attached to the uterus.

The main causes that cause the appearance of the adnexitis are usually found in bacterial infections, especially gonococci (pathogens of gonorrhea) since viruses are usually less common.

Ectopic pregnancy
Ectopic pregnancy is a pregnancy that develops outside the uterus (womb), being potentially life-threatening for the mother if it is not treated in time. Among the most common symptoms that usually appear include the presence of abnormal vaginal bleeding, back pain and back pain and absence of periods

In addition, there may be intense pressure in the rectum, mild cramping on one side of the pelvis, and pain in the lower abdomen (or in the pelvic area).

For this reason, it is associated with pain in the kidneys, or with stomach pain, which means that in fact these discomforts would have other possible causes, such as a painful ovulation if the discomfort appears mid ovulation cycle.

Ovarian pain without your period

The arrival of the first menstruation: everything there is to know