Home remedy of apple cider vinegar for lice, an effective natural remedy against nits, helping them to come out of the scalp and disappear.

Lice are tiny insects that almost exclusively live in the human being, which depending on the area of the body where they live, they receive different names: pediculus capitis (head louse), pediculos corporis (body louse) and pediculus pubis (Pubic louse).

The head louse is a small insect that lives between the hair, has no wings and is 2 to 4 mm in length, which feeds on the blood that sucks from the skin of the head. More specifically, lice consist of parasites of a very small size that feed on the blood they get from the scalp of the individual in which they are found.

Although the most common is that these parasites tend to be located on the scalp, did you know that they can also get installed on the eyelashes or eyebrows? However, as we indicated, it is not the most usual.

The most common form of transmission is direct contagion, so that in addition to contact between people directly, it also occurs as a result of the use of combs, brushes, hats and even scarves. In fact, its contagion is very easy, especially among the little ones.

Among children, transmission is more normal (especially between 4 to 6 years of age), so that from 6 to 10 years, lice have a lower incidence.

The symptoms that lice cause tend to be much more evident when bites occur, since they are usually very annoying and cause uncomfortable itching.

However, we must differentiate between the lice in themselves and the nits, which are the small lice eggs. These eggs have the peculiarity that, in reality, they are very difficult to see, and may even become confused with the presence of dandruff. 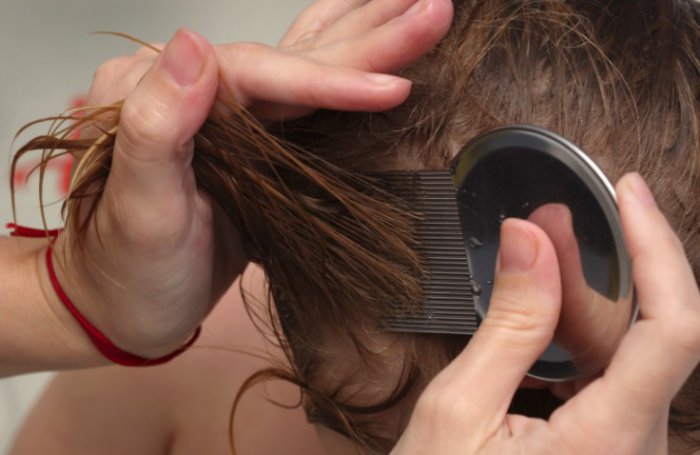 But there is a key difference: while the dandruff is loosened and disappears when moving the hair, the nits are attached to the hair, not being so easy to eliminate them.

The treatment does not help to prevent them, so it is only administered when an infestation has already occurred. The most common are antiparasitic lotions based on pyrethrins.

In relation to home remedies against lice, apple cider vinegar can become a truly effective natural option. We explain why, and how to make the natural remedy.

Home remedy of apple cider vinegar for lice
Vinegar consists of a completely natural product, which is produced from the fermentation of certain foods. In the case of apple cider vinegar, in fact, it is obtained from the fermentation of apples when they are exposed to air. Precisely, acetic acid is the “culprit” bacteria of vinegar production, thus giving it its characteristic aroma or odor.

It is this acid that has antiseptic properties, which helps when killing germs. Moreover, although it is not a hundred percent effective remedy, apple cider vinegar is deadly for nits, thanks to the acidity of this product, helping to nourish the nits of the scalp. 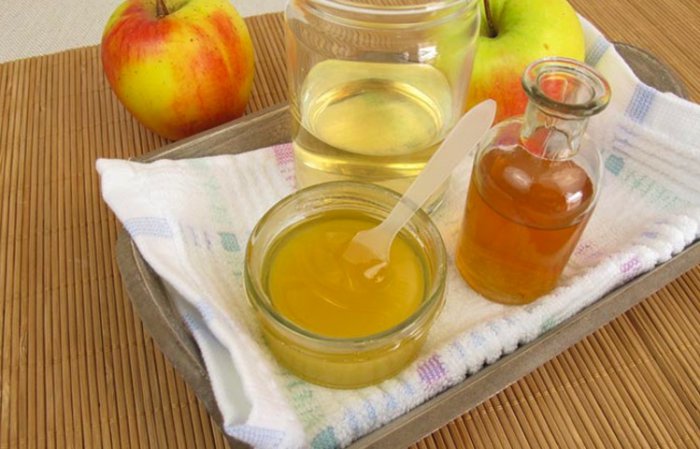 In fact, it is an ideal natural remedy to avoid a new infestation, especially when this remedy is combined with effective medical treatment against lice.

1 cup of water.
Half a cup of apple cider vinegar
Preparation of the apple vinegar remedy for lice:

Put the water and apple cider vinegar in a saucepan and let it boil for a few minutes. Then, once warm, apply to dry hair. Cover with a towel or shower cap and let it act for two hours. Spent the time lighten the hair.

You can apply this remedy twice a week for a month.

The Reason Why Her Baby Was Constantly Drowsy Is Terrifying