What is the bacterium Helicobacter Pylori? symptoms and infection

If you have doubts about the Helicobacter Pylori bacteria, find out what it is, its symptoms, how it is spread and what risks its infection causes for our health.

Probably we are facing the best-known bacteria in the world, although it was not until 1875 when different German scientists discovered some spiral bacteria in the epithelium of the human stomach, and finally in 1979 was rediscovered by the Australian pathologist Robin Warren. 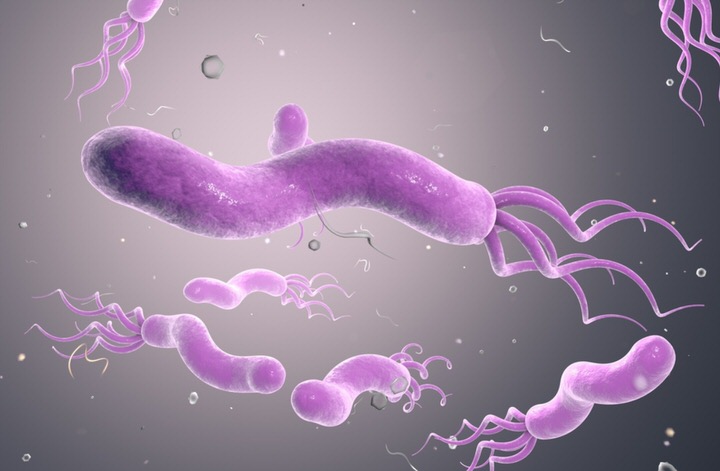 It is the Helicobacter Pylori, a bacterium of the class Epsilon Proteobacteria, belonging to the order of the Campylobacyerales, the family Helicobacteraceae, and the genus Helicobacter, precisely the genus from which it derives its name, due to its morphological characteristic with a spiral shape. Hence, it is a bacterium capable of “screwing” by itself in order to colonize the stomach epithelium.

That is, it is a bacterium that infects the human gastric epithelium, hence it is considered the only known organism capable of surviving in such an acid environment. It is the cause of many ulcers and also some types of gastritis. In fact, when this is the case is when it is medically known as gastritis by Helicobacter Pylori.

Although in many cases people infected with it never develop any type of symptom.

What is the bacterium Helicobacter Pylori?
As we mentioned briefly, helicopbacter pylori is a bacterium of the type Epsilon Proteobacteria belonging to the same time as the campylobacyerales order. It is characterized by being a bacterium that lives inside the organism of the human being and has a spiral shape.

In fact, thanks to this feature, it is able to be screwed along the entire stomach epithelium.

Although helicopbacter pylori are today one of the best-known bacteria, it was not until 1875 when it became known about its existence thanks to a series of German scientists who began to develop a multitude of research on the human stomach. Finally, the Australian pathologist Robin Warren was commissioned to study their behavior within our body in 1979.

How is the bacterium Helicobacter Pylori spread? How infection occurs?
Infection with this bacterium can occur in different ways. The most common is by eating contaminated food and water, or by sharing fluids with people contaminated through food or liquids.

As we have explained in the first lines, this bacteria is always lodged in the stomach of any person during any age range. Although it is more propitious that this has a more severe effect in underdeveloped regions. 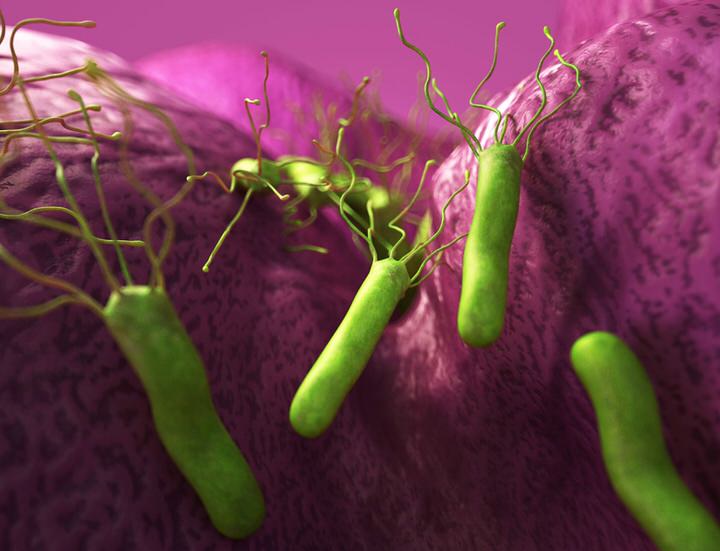 Once this is known, surely many will ask the following: And how is it possible to get infected with helicopbacter pylori? Well then we tell you:

Contaminated water. It has been shown that the transmission of this bacterium occurs mainly after the consumption of contaminated water. For this reason, it is usually given more in those countries where drinking water is conspicuous by its absence.
Food in poor condition. It is also possible that this bacteria is lodged in those foods that are in poor condition. In this way, it seems very important to look very well at the expiration date of a certain food to avoid the spread of Helicobacter pylori.
Contact with stool and skin. Direct contact with the feces and urine of both animals and humans can increase the chances of transmission of this bacterium. To avoid this, it is best practice a continuous hygiene of eg toilets and bathrooms.
Main symptoms of helicopbacter pylori
Now that we have learned in depth the different ways in which we can get infected with helicobacter Pylori, we will now talk about the different symptoms that may appear.

First, it should be noted that this bacteria can cause mild gastritis (or inflammation of the stomach). This is because helicopbacter pylori produce what is known as cytoxine, a compound that has the most adverse effects on intestinal health.

It is also likely that over the course of time a series of ulcers will appear throughout our stomach due to incorrect segregation of the mucosa. Finally, it has also been shown that this bacterium creates malformations in the cells, a situation that can cause tumors and even cancer.

All this will cause the person in question may suffer from anemia, burning, nausea, and vomiting accompanied by too dark stools. To treat helicopbacter pylori, in most cases it will suffice to do a stomach biopsy or perform less invasive actions through blood or stool tests.

This Simple Trick Will Help You Prevent Virus Infections Without Using Any Pills!

You Wouldn’t Believe But You May Have 33 Pounds Of Toxins In Your Colon! Get Rid Of Them Immediately