Does honey expire? Why does not it have an expiration date?

Honey is an excellent natural food, but does it have an expiration date? Is it true that it expires? Is it safe to consume it months after opening the boat?

Honey is almost certainly a food, at least, wonderful, that has been consumed for millennia by man. However, despite being a tremendously common natural food, it is also a food whose conservation at home can cause us some doubts, especially in regard to proper conservation. And that can lead us to ask the following question, especially when we observe that it has crystallized: does honey expire? Does it have an expiration date ?.

As you probably know, honey consists of a product of natural origin produced by bees from the nectar they obtain from the flowers, as well as from the secretions of living parts of the plants. They can also obtain it from excretions of plant-sucking insects.

Its consumption goes back a long time ago. In fact, while bees have survived on our planet for more than 40 million years, they have found cave paintings in the Cueva de la Araña (Valencia), dating from 7,000 years before Christ, in which a man collecting honey.

That is, honey, is responsible for collecting the nectar, transform it and combine it inside with an enzyme found in the saliva of the clams. Subsequently, it is stored in panels, where it matures. Does honey expire? Does it have an expiration date?
It is very common that we ask ourselves this question, since in many houses it tends to be extremely common to have a jar of honey in the cupboard or in the pantry, stored for a long time, and which has not been consumed at all, about all because the most usual is to use a little bit at breakfast or at snack and store it. In this way, a honeypot that we acquired yesterday we can have it stored in the pantry for long months.

Therefore, at this point, it is normal to ask the following question: does honey have an expiration date? Does it expire, or can we consume it safely, even if months have passed since we opened the container for the first time?

If this issue worries you, you must be absolutely calm. Why? Very simple: honey has no expiration date, which means that it never expires, regardless of the type of honey it is.

This is due to its high content of sugar and its acidity, which makes it extremely complicated that many microorganisms can survive in it. It is the same thing that happens, for example, with other foods such as jams and preserves, that although it is true that they have a preferred consumption date, they do not tend to expire either.

The sugar present in honey makes it able to absorb moisture with some ease, hence, in reality, there are few or no microorganisms that are able to survive in this medium, so that they never decompose honey.

We also find the level of acidity present in honey, which has an effect similar to sugar, hindering not only the development but also the very survival of the different microorganisms that could break it down. 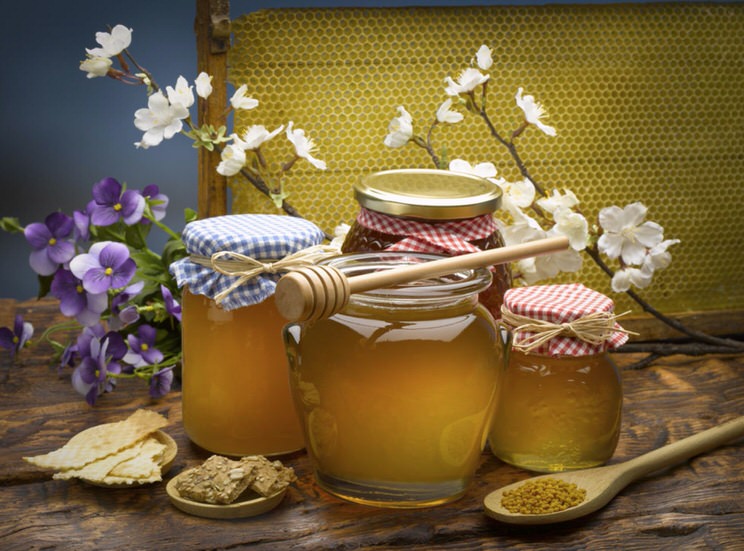 And, finally, we must mention two compounds resulting from the production of nectar in honey by bees: hydrogen peroxide and gluconic acid, which prevent precisely the appearance of microorganisms in it.

And why does honey crystallize? Does it mean that it is broken or bad?
If at some point you have thrown a pot of honey because it has crystallized, thinking it was bad or damaged, the truth is that you made a mistake. It is, in fact, a completely normal and natural state. That is to say, it is normal that after a while the honey crystallizes, which means that it has gone from a liquid natural state to a rather pasty state.

This is due to the high content of sugars found in honey, especially glucose. This tends to, in a moment, form a kind of supersaturated solution so that there is a greater amount of dissolved glucose compared to what may be in a liquid state. Thus, they end up forming small crystals that will end up attracting other crystals around them, becoming pasty.

When this happens, it is equally normal for honey to acquire a lighter shade than it did. It is because glucose, which previously and in liquid state was surrounded by several water molecules, has become linked to one.

9 Foods for Young and Healthy Body